Len'en anniversaries are celebrated every year on the 11th of November, because this is the date the Len'en Project was born, in the year 2013. Usually during this time of the year, JynX will post an illustration on pixiv and thank the Len'en fans for all their support towards the project. So far, they've created four illustrations, along with a transcript of a conversation amongst some of the Len'en's characters. 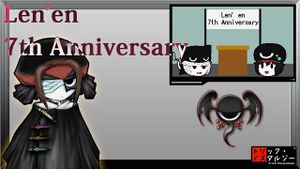 On 11 November 2020, JynX uploaded a video celebrating the Len'en Project's 7th anniversary, a trailer for the β version of Book of the Cafe as well as an announcement for Brilliant Pagoda or Haze Castle -Golden Chapter-. 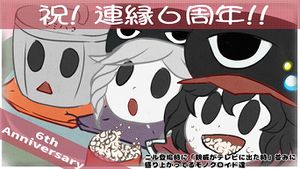 Congratulations! 6th Len'en Anniversary!!
The monochroids getting excited at NiLU's appearance, as if "their relative was on TV".

On 10th November 2019, one day before the 6th anniversary, JynX uploaded a video in celebration.

JynX posted an illustration on Twitter on the day of the anniversary, and on pixiv the day after.

JynX also set up a pixiv FANBOX [1] to let fans donate and contribute to the Len'en Project. 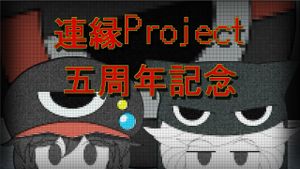 On 10th November 2018, one day before the 5th anniversary, Rei drew attention to two Twitter accounts, those of Hal and Hoojiro Shitodo, and had a small conversation with them known as the Mugenri Revitalization Committee.

On the day of the anniversary, JynX uploaded a video in celebration, teasing upcoming merchandise and even a music CD. 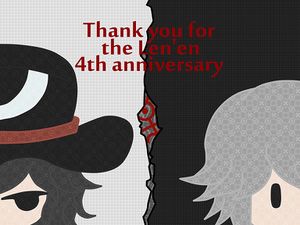 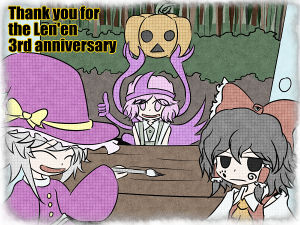 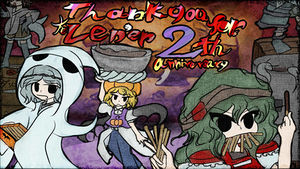