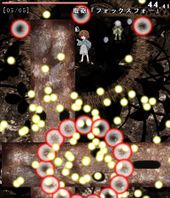 In video gaming, a Boss (ボス, Bosu) is an enemy-based challenge (and a computer-controlled opponent in such a challenge), a combat between the player another character, that are generally at the end of a stage in the Len'en Project. A fight with a boss character is commonly referred to as a boss battle or boss fight that must be completed in order to proceed to the next stage or clear the game. Boss battles are generally seen at the climax of a particular section of the game, usually at the end of a stage, or guarding a specific objective, and the boss enemy is generally far stronger than the opponents the player has faced up to that point. The boss enemy is often larger in size than other enemies and the player character.

A stage boss (面ボス, Men bosu) is the final boss of a particular stage. A character's role as a stage boss is either not related to the main story (i.e. a "bypasser") or follows a leader of some sort that may be the final boss.

A Midboss (中ボス, Nakabosu), also known as a miniboss, middle boss, half-boss, sub-boss or semi-boss, is a boss smaller and usually weaker than the main boss in a stage. Usually, the boss of a stage may also play the role of the midboss and have no spell cards. There have been cases where a midboss would appear twice on the same stage, such as the possibility in Brilliant Pagoda or Haze Castle, or a boss of an earlier stage to re-appear as a midboss, such as Fujiwara no Iyozane. By defeating a midboss, the player may be granted power points or a 1-up, depending on the situation. 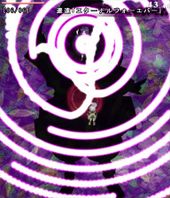 The Final Boss (ラスボス, Rasubosu), also as Saishuu bosu (最終ボス) or Last boss (ラストボス, Rasuto bosu), is the opponent that's usually at the end of the game; the big finale. They are usually the main antagonists of a particular game, such as Adagumo no Yaorochi being the one behind the cloud incident. There have been cases however where the final boss is not the main antagonist, such as Clause who is only one of the many humans spirited to Mugenri. There is also the case that the last boss isn't the "leader" of some sort that have followers that were bosses from a previous stage, such as Shion. 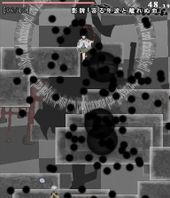 Final bosses are usually the hardest boss and that they've got a good number of spell cards to attack the player with. The final boss usually takes place on and most of stage 6 of each game, and after their defeat, it's the end of the game. The stages they inhabit are usually heavily guarded by stage enemies and a midboss right before the final boss makes their appearance.

An Extra boss (EXボス, Ex bosu), or a superboss, is a type of boss that's optional and that it's suppose to be a challenge for the player that only appears on the "Extra Stage". They can only be encountered if certain conditions are met in the main scenario of a Len'en Project game. These bosses are considered more harder to deal with due to their bizarre danmaku and that they've got more spell cards than the final boss, usually up to ten of them.

An optional boss like this is actually not common in video games, so to have this boss type in Len'en is quite an achievement, it being based on the Touhou Project.

This is a list of all known bosses that have appeared in the Len'en Project.

Bosses are usually significantly superior to regular stage enemies, and are usually found at the end of a stage. A lot of characters of the Len'en Project have played the role of being a boss of some sort, having their own spell cards or using a sequence of danmaku patterns. The games have had both stage enemies and bosses in them, with rare exceptions of both appearing at the same time or having just bosses.

As they can sustain a lot more damage than normal enemies, bosses commonly have a health bar which is displayed on top of the screen, usually with their name and the number of bars attached. The health bar changes when the number next to it goes up by one, giving the boss to summon another spell card, as well as to tell the player how many spell cards the boss has left before they're considered defeated. Also, like the player, they've got a hit box, where the player must hold the shot button in order to decrease the health bar. Usually, there would be only one hit box. Each time the player defeats a boss's pattern or spell card, they are rewarded with various items such as a power point, a bomb or even a 1-up. Being shoot 'em ups, it's very seldom to see characters use their own physical body to attack the player and that they just use bullets. Also, each boss will have a timer of some sort, limiting to how long the player has to clear a boss's phrase.

Usually, boss battles are typically seen as dramatic events. As such, they are characterised with unique theme music and dialogue cutscenes before and after the boss battle. This can add more personality to a character/boss and/or adds more information about the story of a particular game.

In some games, the boss can return from a previous game, sometimes in a new form with alternative attacks. Their status of powerfulness may change to reflect the game and the stage that they on, such as Sese Kitsugai originally being the stage 1 and Ex+α boss of Reactivate Majestical Imperial, then was put to a stage 3 boss in Brilliant Pagoda or Haze Castle.

The first ever boss and midboss in the Len'en Project is Kurohebi, being the stage 1 boss of Evanescent Existence. The first final boss was Clause and the first ever extra boss was Tsurubami Senri.